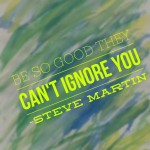 A senior leader walks into a meeting of peers, external consultants and colleagues who look up to her as their leader for a strategic project. She proceeds to explain in detail how much of a scatterbrain she was having forgotten not one, but two, mobile phones in her hotel room interstate.  To compound this, she laments that she did not have her work note book or a pen for this meeting!

She then continues to explain, in detail, how these items will eventually get back to her via a colleague who may interrupt the meeting when he calls to let her know when he will be getting into town. To cap it off she remarks that at least she is good for one thing – she remembered her office pass! This takes up about ten minutes of the allocated meeting time.

The team lets off polite grunts in an attempt to see the amusement in what she is describing.

Unbeknownst to her was the fact that she was doing a great job at getting everyone in the room to doubt her ability to lead a team of highly organised and experienced experts. This was not a good way to start a project and she had to work really hard to convince the team of her credibility – something she could have avoided if she had made a good first impression as a leader.

Do not tell self-deprecating stories that diminish your credibility. There will always be people waiting for you to slip up to take a shot at questioning your credibility – do not open the door for them.  First impressions and the associated perceptions created during that first interaction really do matter.